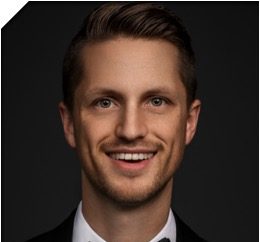 AJ was born in Provo, Utah, and grew up in the foothills of The Rockies. He attended undergraduate in Utah, studying chemical engineering with a minor in ballroom dancing (which would take him all the way out to Blackpool, England to compete at an international level). During undergrad, he found a passion for applying engineering principles to patient care, and shifted his focus towards medicine. While in medical school, AJ got involved in a variety of organizations, including being the Director of Communications for the University Medical Student Council, co-founding the Student Wellness Committee, and participating as a cellist in the school’s orchestra: Musicians in Medicine. Additionally, AJ was honored to be selected into the Gold Humanism Honor Society. He is excited to start his pediatric journey in Rhode Island as he hopes to make the New England area his eventual home! In his spare time, AJ enjoys dancing, running, road biking, anything music or musical, and an occasional video game when time allows. More than anything, he likes to be around the people he loves, and loves spending quality time with others!