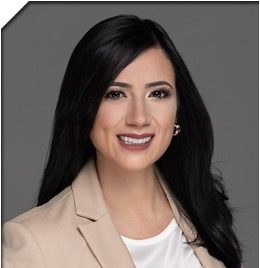 Alexandra was raised in Orlando, Fl where she went to undergrad at University of Central Florida. GO KNIGHTS! There, she majored in Biomedical Sciences and received a minor in Early Childhood Education and Development. Since deciding to pursue a career in medicine, pediatrics has been at the forefront of her mind, encompassing much of her pre-med and medicine related activities. She attended medical school in Puerto Rico at Universidad Central del Caribe, where her parents are also alumni. She is of Puerto Rican descent and is eternally grateful for the experience of living on the island and exploring medicine through a different perspective. At UCC, she renovated the pediatric interest group, called DRS4KIDS, and worked diligently as president to spread her love of pediatrics to her fellow medical school colleagues. Outside of medicine, she loves to dance. She was an avid salsa dancer in college and has tried to keep dancing as well during medical school. She also has one puppy, named Lilou, who has accompanied her through medical school and now has made the big move to Rhode Island with her. She is thrilled to begin a new adventure here, in Rhode Island, doing what she loves, which is working with children and families making their darkest days a bit brighter.