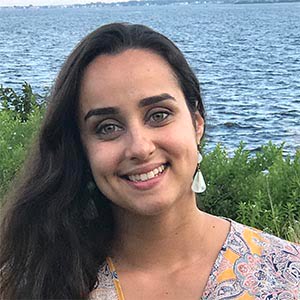 Bruna grew up in Belo Horizonte, Brazil. She moved to the U.S. upon graduating from high school and spent a few years learning English before enrolling at a local college. She graduated from Salem State University and worked for 3 years as a research coordinator at neurocognitive lab at Massachusetts General Hospital. In 2015 she started Medical School at the University of Massachusetts only 5 months after giving birth to her first son Benjamin. While in medical school, she volunteered at several free clinics with a focus on immigrant populations. She was selected as a member of GHHS by her classmates and during her fourth and final year of medical school she had her second son Charlie. She is excited to start her residency at Brown and looking forward to working with the amazing residents and attendings. In the future, she hopes to practice pediatric emergency medicine. She enjoys spending time with her family and loves hosting friends and cooking Brazilian food for them.