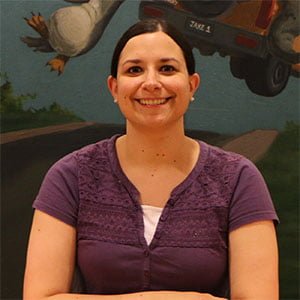 Jenny was born and raised in Chicago (the city, not the suburbs). She attended Northwestern University for college, where she majored in Human Development and Psychological Services. Both during and after college, Jenny volunteered as a social work intern in child abuse and neglect at Stroger Hospital of Cook County. After graduating from college, she spent a year working in a child development lab at Northwestern and then moved east for a year to complete a post-baccalaureate premedical program at Bryn Mawr College near Philadelphia. She then spent an additional two years as a smoking cessation counselor at Northwestern and subsequently completed medical school at UIC, where she was the recipient of a Dean’s Scholarship, based on a combination of academic achievement and extracurricular leadership. She spent the summer after her first year of medical school at Camp STAR, a summer treatment camp for children with ADHD and mild autism spectrum disorder, after being awarded a highly competitive summer fellowship through the American Academy of Child and Adolescent Psychiatry (AACAP)’s Campaign for America’s Kids. She has also served as student leaders for the Klingenstein Third Generation Foundation and the psychiatry interest group. In addition, Jenny helped develop and implement a health education curriculum at a free clinic in Chicago during medical school. Outside of school and work, Jenny enjoys spending time with her husband and family, cuddling with adorable animals, and eating deep dish pizza and Chicago-style hot dogs (she even packed a supply of both of those items for her move to Rhode Island). Jenny is thrilled to have matched at Brown for Triple Board and can’t wait for what the next five years hold.