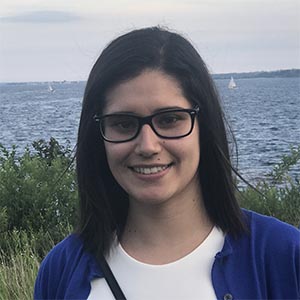 Leslia González is originally from Bell, CA, a suburb of Los Angeles. She is proud to be a first-generation Mexican-American, and the first in her family to graduate college. She is a graduate of Brown University’s 8- year Program in Liberal Medical Education (PLME). Based largely on positive interactions with her own pediatrician, Leslia decided to become a pediatrician in 2nd grade, and from the beginning she knew she would work with underserved populations. As an undergraduate she studied Neuroscience and worked for Brown University Dining Services, as well as the Hamilton House. During medical school, Leslia enjoyed sharing her love and enthusiasm for science by teaching courses for high school students through the Summer@Brown program. She decided to continue at Brown for residency because of the patient population and the excellent training she will receive. Having successfully navigated college and medical school, Leslia hopes to continue mentoring 1st and 2nd year medical students with backgrounds similar to hers. In her spare time she enjoys going to the gym, watching movies, listening to music, playing and watching sports, drawing, cooking, and having a beer.