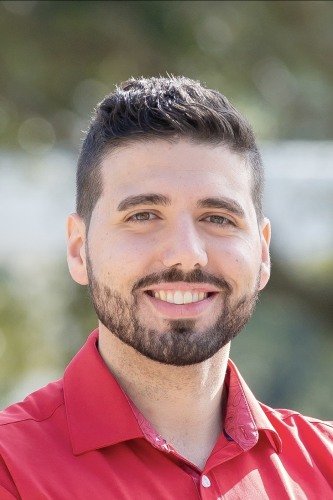 Michael Hoggard was born in California but was raised between Utah and Finland. He studied economics for his bachelor’s degree before completing a master’s of public health in Finland, during which he focused on refugee health and health economics. He spent 5 of the 7 years before medical school living, studying, or conducting research on 3 continents.

Michael attended medical school at Dartmouth where he was selected for AOA. While in medical school, Michael served on the admissions committee and as the executive vice president of alumni engagement.
Michael was drawn to the Triple Board Program because of his desire to work in refugee health — something which he has done in multiple capacities for the past 9 years. As part of this work, Michael has had the opportunity to present directly to state legislators about refugee health needs and was recognized by the Lt. Governor’s Office for his dedication to the local refugee population.
Michael loves living in Rhode Island with his wife and two daughters. He enjoys woodworking, canoeing, hiking, photography, and anything to do with being a dad.