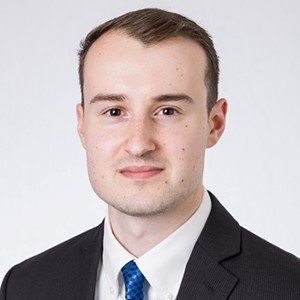 Steven was born and raised in the small suburban town of Succassuna, New Jersey. He attended Union College as part of the Leadership in Medicine (LIM) Combined Medical Program where he graduated Summa Cum Laude with a BS in Biology/Psychology. As part of the program, Steven was dual enrolled in Clarkson University where he graduated with his MBA in Healthcare Administration. After matriculating to Albany Medical College, he involved himself in numerous extracurricular activities including co-founding a service-learning opportunity for at-risk youth in the Albany community, engaging in research involving the use of Near-Infrared Spectroscopy (NIRS) in monitoring NICU patients with Hypoxic Ischemic Encephalopathy (HIE), co-leading the medical school orientation for the Class of 2023, and peer mentoring. He is a proud 2 nd -Generation Ukrainian-American and is involved in Plast, an international Ukrainian Scouting Organization. He also helped to organize fundraisers within Albany Medical towards ongoing humanitarian efforts in Ukraine. He graduated Albany Medical College with induction to the Gold Humanism Honor Society and is thrilled to be pursuing his passion of Pediatric Medicine at Brown! His career interests include medical education, community outreach and volunteering, and improving patient-centered care and advocacy. In his free time, Steven enjoys keeping active and fit at the local gym, exploring Providence as a first-time Rhode Islander, and discussing his love of epic fantasy novels to anyone who is willing to listen!