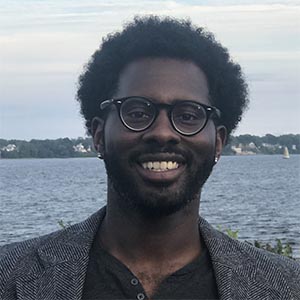 A native of South Central Los Angeles, Doc attended Stanford University for undergrad, where he majored in Human Biology and minored in African-American Studies. As an undergraduate he was passionate about the STEM pipeline for underrepresented minorities and upon graduation, he co-founded the Leland Scholars Program, a program that improved retention of minority and first-gen students in STEM. He returned to his hometown of Los Angeles to serve a term in AmeriCorps with the Youth Policy Institute where he established grant funding for health and wellness education for low-income children. These experiences shaped his interests in using medicine as a tool for social justice, leading him to enroll in the unique Charles Drew University/UCLA Medical Education Program, which focused on the urban underserved. In medical school, he became deeply interested in youth in the juvenile justice system. He chose to Triple Board in order to have a comprehensive lens as a practitioner and researcher to best serve that population and found that Brown would make him not just an excellent physician-scientist, but also a happy one! In addition to his work, Doc enjoys running, swimming, cooking, and yoga-ing. He can also be found waxing poetic about theater, musicals, West coast hip-hop, veganism, college football, Black history, and way more than a healthy amount of TV! He is happy to be calling Providence home!