applying to our program

Thank you for your interest in applying to the Brown/Rhode Island Hospital Residency Program in Pediatrics! Every year, we invite residents from a variety of backgrounds to come and visit our campus and interview with our program. Our residents are accomplished individuals coming from medical school where they demonstrated tremendous clinical acumen, humanism in medicine, community service and most importantly, collegiality. Graduates of our program go on to be leaders in their field and our goal is to provide all residents the training and opportunities for them to achieve their goals.

1. MSPE
2. Personal Statement
3. CV
4. Three Letters Of Recommendation (Chair’s Letter is NOT a requirement)
5. USMLE Transcript
Note: We do not have a score cut-off for application consideration. While we normally require passage of both Step 1 and Step 2 CS/CK prior to Feb1st, due to COVID-19 this deadline will be extended. Due to the suspension of Step 2 CS, this will not be a requirement this application season.
6. Official Medical School Transcript

Foreign Medical Graduates Must Include:

1. A copy of your ECFMG certificate
2. Copies of all ECFMG/FLEX scores
3. At least two letters of recommendation from Accredited Medical schools

Invitations to interview are sent via email October 11th – December 1st on a rolling basis.

Interviews take place from the end of October through the third week of December. We will make every effort to accommodate your preference for interview day, but we cannot guarantee the availability of all dates. An email confirming your interview date will be sent to you shortly before your interview day.

Traditionally, applicants will come to Hasbro Children’s Hospital for their interview. However, in light of COVID-19 and our efforts to comply with social distancing recommendations, the full interview day will be conducted remotely for the 2022-2023 season. We will be providing more details as the interview season approaches. 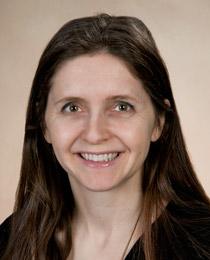 Robin Kremsdorf has recently been named Interim Program Director the the Pediatrics Residency program at Hasbro Children’s Hospital. She completed medical school at Case Western Reserve University in Cleveland, Ohio, followed by residency in internal medicine and pediatrics at Rainbow Babies and Children’s Hospital/University Hospitals of Cleveland. After residency, Robin spent 2 years moonlighting as a pediatric hospitalist and a home-visit doctor and also raising her daughter. She returned to her native West Coast to complete a nephrology fellowship at Seattle Children’s Hospital. During fellowship, Robin conducted clinical research relating to chronic kidney disease/mineral bone disorder, completed epidemiology coursework at the University of Washington, and had another daughter. She is now here at Brown University and Hasbro Children’s Hospital as a pediatric nephrologist and has served as an Associate Program Director for many years! 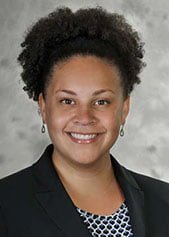 Sabina Holland earned her medical degree from Louisiana State University School of Medicine in Shreveport, Louisiana. She completed her pediatric residency and chief residency in Orlando, Florida at the University of Florida Pediatric Residency Program at Orlando Health. After residency, she moved her family to Rhode Island where she completed a fellowship in Pediatric Infectious Diseases at Brown University/Hasbro Children’s Hospital. Following her fellowship, Sabina joined the faculty and the pediatric residency team where she is working on developing innovative ways to increase diversity in the residency program. She is now the Diversity Officer for the Department of Pediatrics and an active member of the Pediatric Leadership team. 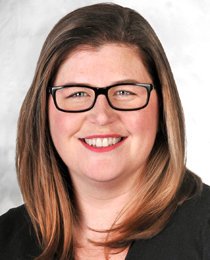 Sarah S. Welsh, MD is a pediatric intensivist and the Medical Director of the Hasbro Children’s Hospital Pediatric Intensive Care Unit (PICU). She completed medical school, pediatric residency, and served as chief resident at Golisano Children’s Hospital (University of Rochester School of Medicine) in Rochester, New York. She completed her pediatric critical care medicine fellowship at the Children’s Hospital of Philadelphia in Philadelphia, Pennsylvania. Her clinical and research interests include neurocritical care, including traumatic brain injury and status epilepticus, as well as resuscitation care, medical education, and implementation science. 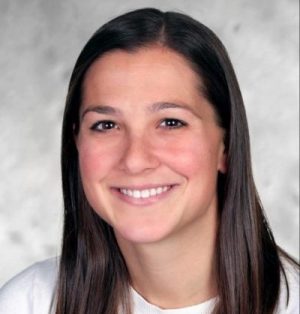 Allison Heinly completed her undergraduate studies at Lehigh University in Bethlehem, PA, followed by her medical degree at Georgetown University School of Medicine in Washington, DC. She then completed her pediatric residency and was selected as chief resident at Brown University/Hasbro Children’s Hospital, where she received the Brown University Student Award in Recognition of an Outstanding Teacher and the Award for Outstanding Dedication to Patient Care. She worked for 2 years in private practice at Blackstone Valley Pediatrics before returning to Hasbro Children’s Hospital Primary Care as an Assistant Professor of Pediatrics in 2017. Since then, she has been selected twice for the Dean’s Excellence in Teaching Award for the Alpert Medical School of Brown University. Her career interests are in medical education and tobacco cessation/vaping. 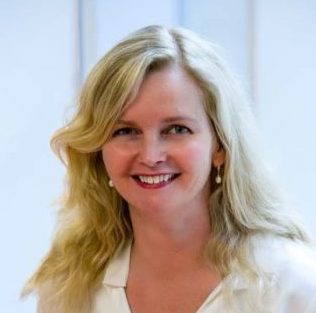 Katherine Mason is the Vice chair of education for the Department of Pediatrics and an Associate Professor of Pediatric Critical Care and Pediatrics at Hasbro Children’s Hospital and the Alpert School of Medicine at Brown University. Her research has focused primarily on developing best practices in Medical Education, e.g. Learner Assessment, Professionalism and Faculty Development and Advocacy for Clinician Educators. She has also published in the fields of critical care and disaster medicine.

Dr. Mason further contributes to medical education initiatives through her national leadership roles in medical education as the immediate past chair of the Fellowship Executive Committee at the Association of Pediatric Program Directors and as a National Mentor through the New Century Scholars’ Program and the Educational Scholars’ Program, both of the Academic Pediatric Association.

Dr. Mason completed her undergraduate studies in Biomedical Ethics and Biology at Brown University, and her Medical Degree at Alpert Medical School of Brown University. She did  her Pediatric Residency and Critical Care Fellowship at Case Western Reserve University and Rainbow Babies and Children’s Hospital. 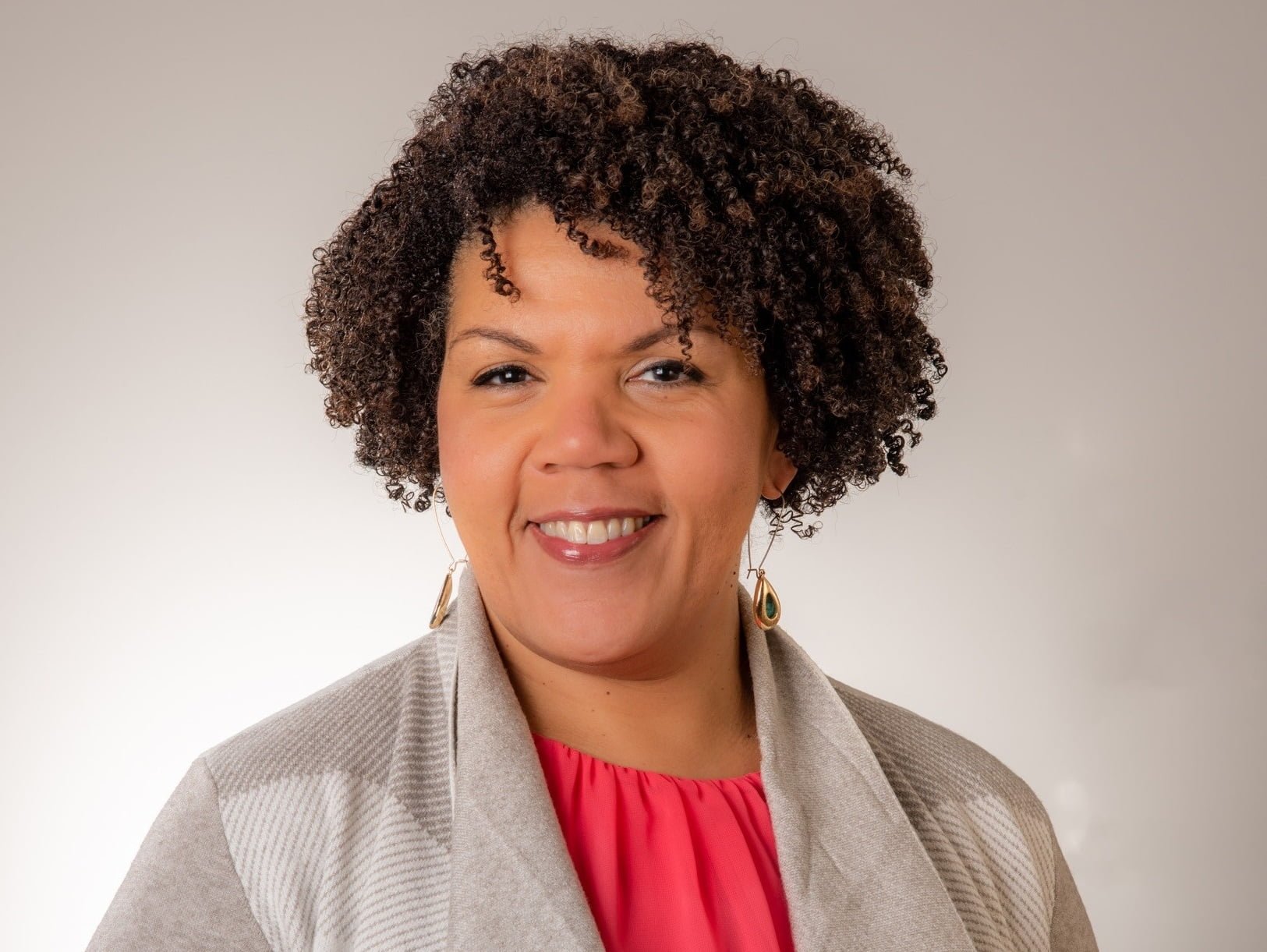 Dr. Patricia Poitevien has recently been named Vice Dean for Diversity and Inclusion at Brown Alpert Medical School after completing 4 years as the residency’s Program Director. Pat graduated from Warren Alpert Medical School at Brown University in 1998 and went on to complete Pediatric Residency Training at NYU Langone Health / Bellevue Hospital Center in New York. She was chosen to serve as a Chief Resident there and stayed on as a Pediatric Hospitalist for 15 years. During much of this time, she was the Section Chief and Medical Director for Pediatric Inpatient Medicine at NYU Langone Orthopedic Hospital. In 2013 she earned a Masters of Clinical Science from NYU and was subsequently chosen to be the Residency Program Director for NYU Langone Health / Bellevue Hospital Center. In 2018, Pat was thrilled to be offered the opportunity to lead the Pediatric Residency Program at Hasbro Children’s Hospital and serve as an Assistant Dean of Diversity an Inclusion for the Warren Alpert Medical School. Pat is passionate about medical education, particularly around issues of mentorship, diversity and evaluation. She believes that how we teach and how we care for patients must be informed by an environment that is inclusive and representative. Although she will always be a girl from Brooklyn, she has loved her return to Rhode Island with her husband and two boys exploring all the Ocean State has to offer. 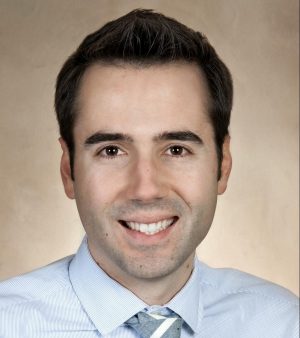 Dr. DeNardo completed fellowship at Brown University in 2014, during which time he pursued basic science and translational research interests focusing on neuroblastoma tumorigenesis and chemotherapy-induced neurotoxicity. After completing fellowship , Dr. DeNardo joined the faculty at Brown University in the Division of Pediatric Hematology/Oncology. 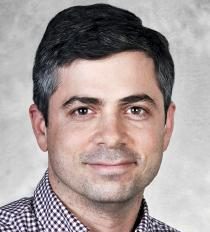 Prior to his current position he completed Residency in Pediatrics and Fellowship in Pediatric GI at Brown University, Medical School at New York University School of Medicine, Postbaccalaureate studies at Columbia University in New York, and Bachelors of Arts at the University of Pennsylvania in Philadelphia.

Dr. Herzlinger is board certified in Pediatrics and Pediatric Gastroenterology. 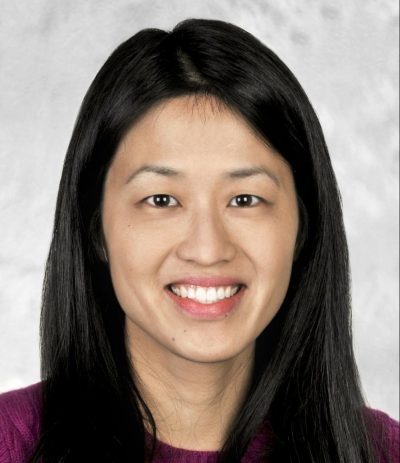 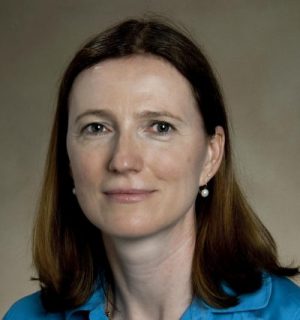 Dr. Sediva recieved her medical degree at Charles University in Prague, Czech Republic.  She completed interniship and residency at St. Vincent’s Hospital in New York, NY and  pediatric critical care fellowship at Rainbow Babies and Children’s Hospital in Cleveland, OH.  She is a Medical Director of Quality and Patient Safety at Hasbro Children’s Hospital. Dr. Sediva is board certified in general pediatrics and pediatric critical care medicine by the American Board of Pediatrics.  Her interests are in medical simulation, medical education, quality improvement science and patient safety.

When traveling north on I-95, take Exit 18.  Bear left at the end of the exit onto Thurbers Avenue.  At the traffic light, take a right onto Eddy Street.  After approximately 1 mile, you will come to a light at the intersection of Eddy and Dudley Streets.  Hasbro Children’s Hospital is on the corner on your left. Continue straight through the light and take a left into the main entrance of Rhode Island Hospital (before the bridge). Eddy Street Lot will be on your right.

When traveling south on I-95, take exit 19.   At the end of the exit ramp, bear toward the left. At   the traffic light take a right and then an immediate right into the main entrance of Rhode Island Hospital.  Public Parking (Eddy Street Lot) will be a short distance on the right

As a result of our commitment to creating a culture of health, all Lifespan campuses are smoke free and, effective January 1, 2012 Lifespan will no longer hire users of tobacco products. In addition, the health system provides many services, most of which are free of charge to employees to assist them in improving their health and well-being.

Residents in the Pediatrics Program at Brown/Lifespan sign the current contract.